Along with news on population growth and increasing housing prices, we often hear the concern that the small footprint of the city is an impediment to growth.  The discussions on height limitations in the city, work done by the Urban Institute and by our good friends at the Office of Planning made us think: How much vacant land is there in the District that can one day be developed?

We searched the District’s real property tax database for empty, unbuilt land.  Of course, not all of this land is immediately buildable.  Zoning and ownership factors greatly affect allowable development on these lands.  And some of this land might never be buildable (Parks, rail tracks, other bits of land–do we want to see buildings in the Arboretum?).  So think of this as an exercise over 300 years where population growth might make our current preferences less relevant.

Here is what we found: 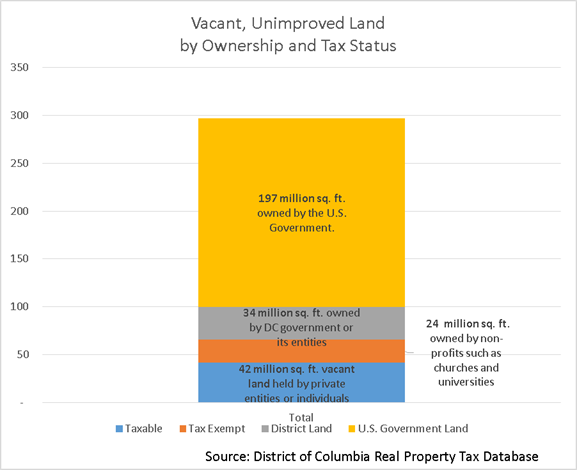 What does this all mean? The Office of Planning estimates, under plausible conditions, the District could add 175,000 new households by 2040.  This would mean an increase in demand for over 200 million square feet of housing to house the new residents (see pages 27 and 28 here).

Twenty five years is not a very long time, so if we limit our new construction to privately owned vacant  land only, to meet the 200 million mark, we would have to see a floor-area-ratio of 4 or greater–that is the usable construction area is four times or grater than the size of the lot.  This is pretty dense.  But of course there are other sources of land including parking lots, older buildings or properties with underutilized capacity.

Here is a map of all vacant land in the District by zip codes by ownership and tax status. We made interactive maps, too, which you can get to using the link here or clicking on the map below. 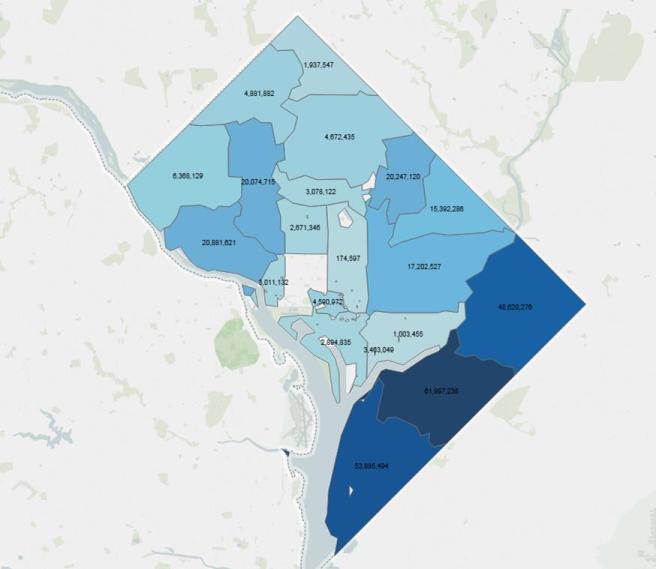 What exactly is this data? The data captures all lots and squares marked as vacant in the District’s real property database classified as commercial or residential.  We eliminated smaller lots unless they are in the same square and combined made 2500 sq. ft. of land or more. The zip code results might be influenced by where ownership records fall within large properties.

3 thoughts on “Where is the vacant land in the District?”